They Thought They Were Making a Loss But...

For years the company had been working with their own in-house bookkeeper, who had been doing all the accounts on his own system. 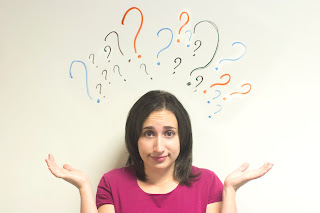 His management accounts didn’t quite ring true with the management – they felt that they were very careful with money - but they trusted their expert and so ran their company accordingly.

It was only when he left that the truth revealed itself. We came in, and discovered that the accountant had been getting his sums wrong. They were actually running a small profit.

What’s the moral of this story? Don’t take what your accountants say blindly.

There are a number of reasons why they might get things wrong.

If they are working on an older system which requires lots of manual data entry it’s possible to make mistakes which could throw accounts awry.

When you work with wrong information you can make some terrible decisions. If you’re thinking you’re running a loss when you’re not, you may be cutting unnecessarily, firing people, and spending inordinate amounts of time on problems that don’t exist. Even worse, imagine the consequences of thinking you’re profitable when you’re not!

The problem is that it’s tricky to know books are wrong unless you get them reviewed independently, especially if you don’t like numbers. But there are things you can do.

First, the most important question you must ask yourself is, is whoever’s doing our bookkeeping and accounts qualified to do them? Are the systems they work on every bit as good as they can be?

We’ve actually come across companies turning over close to a million pounds still sending out invoices in Word. Another company actually produced a handwritten profit and loss account.
Needless to say, they had been vastly under-estimating their losses because several account balances were left out of their figures. By the time we reached them, they were extremely financially distressed.

So if your accountant or bookkeeper are not using up-to-date, professional tools, it’s a warning sign.
Second, check for things which don’t quite seem right. As the CEO above found, the story coming from his accounts didn’t match his own experience of the business. If something seems off kilter, you need to trust your gut instinct and look into it.

Ask your bookkeeper how some of the numbers are made up. For example, if they say you are owed £50,000, ask them how they reached this figure. On one occasion, we found that one company on the list had gone bust, and another large invoice had been issued twice by mistake.

I’m a numbers guy, all about the data. But the truth is that bad data is worse than no data at all.

...they spend so much time obsessing about their health, they never miss a thing... that's why you need to check your businesses's budget more often...

How often do you follow your own business processes? You need systems in place to get consistent results & avoid mistakes. But do you follow them yourself?

Who's Afraid of Losing Customers

Last month, my sister-in-law was looking for some workmen to move a partition wall in her cottage.